Piping systems are generally designed on the basis of codes and standards. Codes and standard  plays a very important role for the proper selection of  specific material required in designing and construction of piping system.  Codes and standards helps us in the proper selection of specific material, reduces cost, inconvinence and confusion too. These standards are given by professional societies, committees and trade organizations. The purpose of each code is to maintain personal and industrial safety in a particular activity or equipment. A code is basically a standard accepted by government and are often developed by the same organization that develop standards. These organizations develop Recommended Practices which are considered as good engineering practices while designing the piping systems. 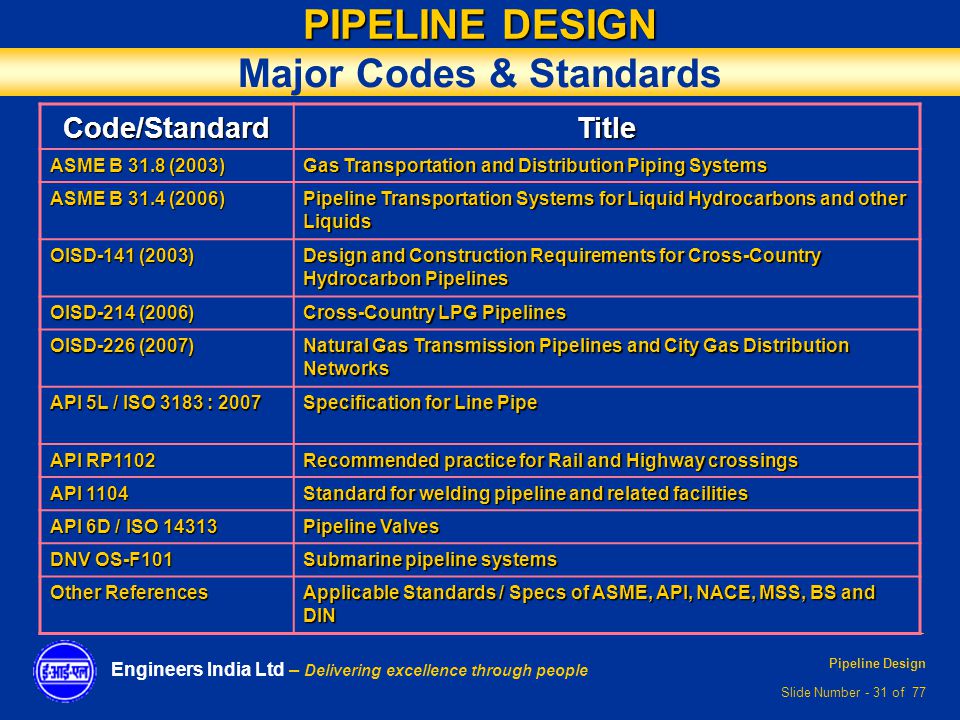 Piping codes defines the requirements of design, fabrication, use of materials, tests and inspection of pipes and piping systems – what you need to do. Or, you can say it is  a set of general rules or systematic procedures  which is developed for design, fabrication, installation and inspection prepared in such a way that it can be adopted by legal jurisdiction and made into law.

A code has a limited jurisdiction defined by the code. A code is not law, but can be adopted into law.

Standards are prepared by professional group or committee. They are set of documents which are believed to be proper and good engineering practice and which contain mandatory requirement.

Recommended Practices are also prepared by professional group or committee. They are set of documents which are believed to be proper and good engineering practice but which are optional.

Apart being considered as regulations, Codes and Standards shall be considered as a ‘design aids’ since they provide guidance from experts.

For design and selection of equipment and piping systems, each country has its own code and standard but they can follow code and standards developed by other countries. The most commonly used is American National standards. Other than American there are British, German, Japanese standards etc available. The major organizations for standards are:

Some other major organisations are :