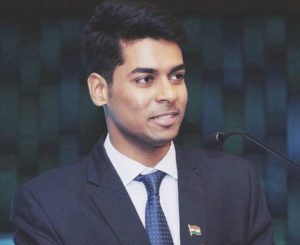 He is a B.Tech Graduate. Completed his degree in 2011, in Electronics and Instrumentation from BITS (Pilani). Durishetty worked for a year in Google as a product quality analysist.  His Father is a retired Additional Assistant Engineer of Telangana electricity board.

He said ” My Father is the role model for him. He came from a very remote village in Telangana, eventhough by only his sheer hardwork he came up in life. His father is the one who taught me how to be preserved till success is not get achieved. Durishetty mother is a normal HouseWife and very simple. He gave all the credits of his great success to his Parents ”

While the second topper Anu Kumari ( a mother of four year child) vibrate the whole Haryana by clinching second rank. 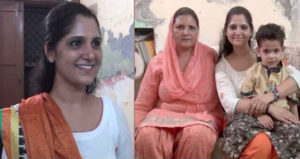 She completed her B.Sc (Honours ) from Delhi University , and also done MBA from IMT Nagpur in Finance & Marketing. Before cracking civil sevice exam she worked in a private firm , earning a handsome salary too.

She told ” Even after getting a good salary ,life runs smooth but she felt something is missing . I thought my entire life running over money so decided to do something good in society. For doing something I have to be a part of system. I already left private sector but still it was open for her. But Now i am glad that wouldn’t have to return to it”

She urged to all female aspirants ” Just go there and realize your dreams. If women get empowered , atleast 50% of our population will get Empowered”

This civil service examination was held in October 2017 and you can check the complete result at upsconline.nic.in