A valve is a device which is use to regulate / control the flow of a fluid (fluid may be either gases, liquids, fluidized solids, or slurries) just by partially or fully opening the passage-opening. As we know, fluid flow always takes place from a point of higher mechanical energy to a point of lower mechanical energy ( According to Bernoulli’s Principle ).

There is a number of applications of using valve which includes not only to stop  or let the fluid flow but also by means of valve you also can regulate the fluid flow/ rate.
Now Lets talk about the types of valve !! 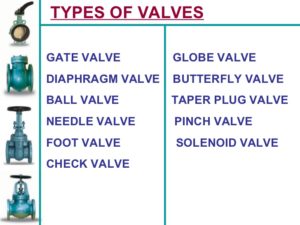 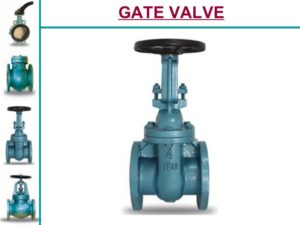 Below Mentioned Picture depicts the parts of Gate Vale 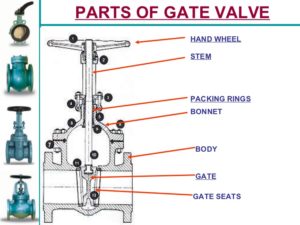 The main parts of the all commonly used valves are its  body and  bonnet part. These two parts form the casing that holds the fluid going through the valve. Various other components including these two are as follow :

Know more about Gate Valve from below mentioned slide

For more details Let see through below mentioned Slides 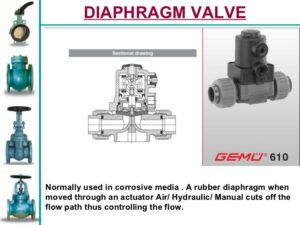 Lets know more about Ball valve and Butter fly valve by these below mentioned slides : 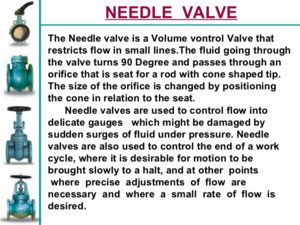 Pinch valves  is mainly consist of a plastic tube/sleeve. It is made up of reinforced elastomers. The sealing/ closing action is achieved by throttling or pinching this sleeve/tube.Pinch valves are suitable for many applications including liquids, slurries,  fluids having suspended solids, granules and pastes.

A pinch valve is normally opened and has no moving mechanical parts.

Pinch valves offer many benefits over the other types of valves.

They can be used for handling corrosive fluids as there is no contact between the fluid carried and the actual valve mechanism. Once suitable sleeve material is selected, this valve can work with a variety of fluids. As fluid being carried does not come in contact with the metal parts, these valves can be used for food grade applications also

……Will see about more about valve later.