Principle of Working of Thermocouple

The working principle of thermocouple is based on three effects, discovered by Seebeck, Peltier and Thomson. They are as follows:

In most of the cases the emf suggested by the Thomson effect is very small and it can be neglected by making proper selection of the metals. The Peltier effect plays a prominent role in the working principle of the thermocouple. 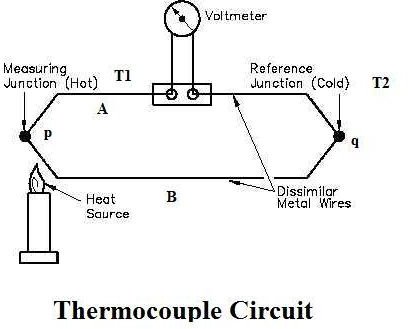 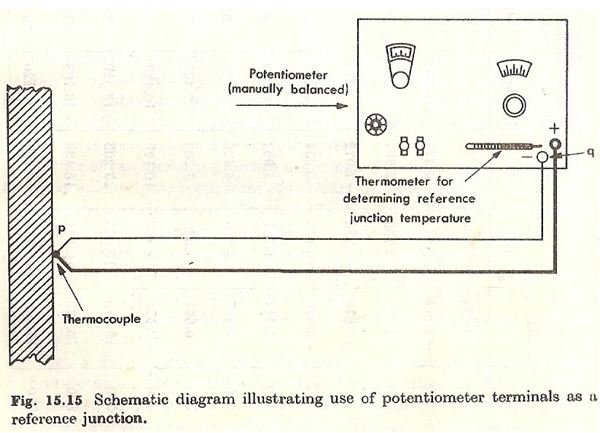 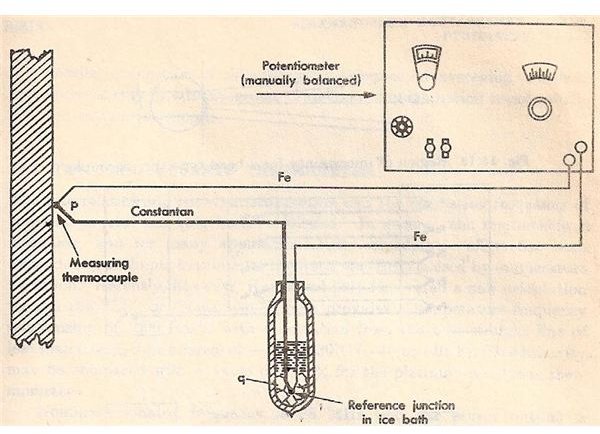 The device for measuring the current or emf is connected within the circuit of the thermocouple. It measures the amount of emf flowing through the circuit due to the two junctions of the two dissimilar metals maintained at different temperatures. In figure 2 the two junctions of the thermocouple and the device used for measurement of emf (potentiometer) are shown.

1 Type K Thermocouple : (Nickel-Chromium / Nickel-Alumel): The type K is the most common type of thermocouple. It’s inexpensive, accurate, reliable, and has a wide temperature range.

2 Type J Thermocouple :  (Iron/Constantan): The type J is also very common. It has a smaller temperature range and a shorter lifespan at higher temperatures than the Type K. It is equivalent to the Type K in terms of expense and reliability.

3 Type T Thermocouple :  (Copper/Constantan): The Type T is a very stable thermocouple and is often used in extremely low temperature applications such as cryogenics or ultra low freezers.

NOBLE METAL THERMOCOUPLES (Type S,R, & B):
Noble Metal Thermocouples are selected for their ability to withstand extremely high temperatures while maintaining their accuracy and lifespan. They are considerably more expensive than Base Metal Thermocouples.

The amount of emf developed within the thermocouple circuit is very small, usually in millivolts, therefore highly sensitive instruments should be used for measuring the emf generated in the thermocouple circuit. Two devices used commonly are the ordinary galvanometer and voltage balancing potentiometer. Of those two, a manually or automatically balancing potentiometer is used most often.

Durability:
In the sensors industry, RTDs are widely regarded as a less durable sensor when compared to thermocouples. However, REOTEMP has developed manufacturing techniques that have greatly improved the durability of our RTD sensors. These techniques make REOTEMP’s RTDs nearly equivalent to thermocouples in terms of durability.