Desuperheater is very crucial equipment used in the thermal management of industries like refineries, power plants, fertilizers, pulp and paper plants, petrochemicals, etc. Most of these industries work in a higher temperature environment. When steam is saturated and superheated, it is more efficient while performing industrial heat transfer operations.

It is also used in domestic as well as commercial air conditioning and refrigeration systems.

There are four types of desuperheaters based on the configurations. 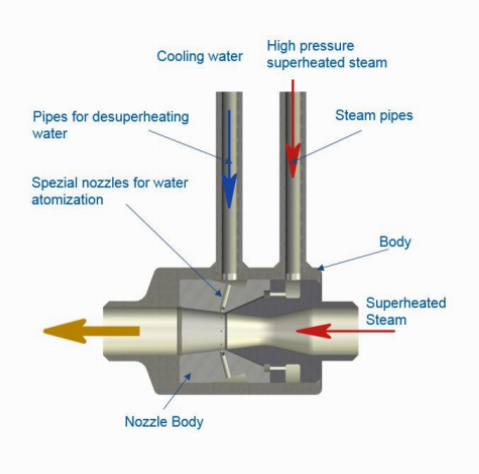 Selection and the efficiency: