Which fluid should pass from what side in shell & tube heat exchanger ?

When you have to design a shell-and-tube exchanger, the first and frequently asked question is that which fluid will go in what side; either shell side or tube side ?

In this Article we will discuss mainly about those parameters/factors upon which we decide which fluid should pass from what side. 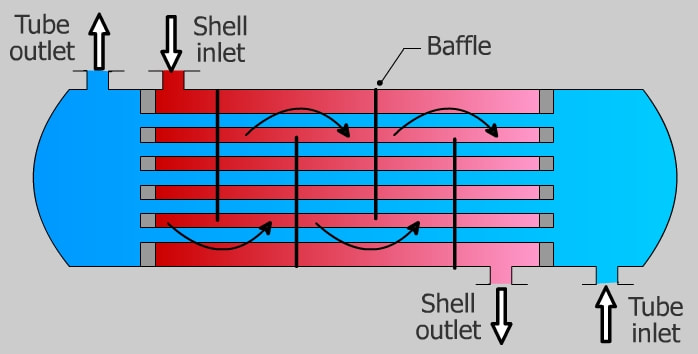 Let’s discuss about those corresponding parameters one by one gradually :

Fouling:  Fouling is nothing but deposition and accumulation of unwanted materials such as dirts, scale, suspended solids, insoluble salts, ions or molecules on the surface of inner shell  and outer / inner  tube surface.

Fouling has a significant impact on heat transfer across the heat exchanger surface, due to which overall heat transfer operations gets affected. 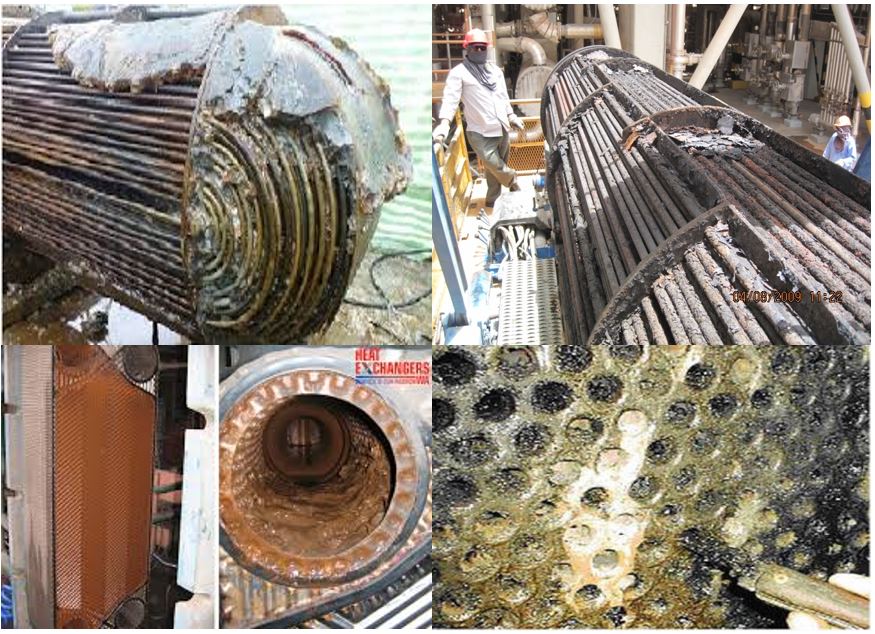 One should also know that continuous deposition of fouls  responsible for reduction in the cross section area which causes significant pressure drops as a result high pumping cost.

Fouling responsible for getting the surface corroded, which results as shortness of heat exchanger working life period.

Steam : Steam should always getting passed through shell side frequently . As after the  heat exchange between steam and cold fluid; due to loss of latent heat steam condenses and condensate will gets accumulated in tube body, as a result steam passage gets blocked for steam flow, finally heating efficiency gets affected.

Note : If we made tubes, tube-sheets, heads and channels of  expensive corrosion-resistant alloys then corrosive fluid not be able to deteriorate  whole shell. In this context we don’t have to put expensive material (costly corrosion resistant alloys(MOC)) in the whole shell side, which reduces the heat exchanger cost significantly.

Low pressure drop:  If you want low pressure drop when the fluid flow then pass it through shell side. Since you can control the flow-rate by appropriate combination of baffle cut, spacing and type (segmental, double segmental, hellical, vane -type rod-baffle, etc.). Thus one can achieve nearly any pressure-drop as per requirement in a control fashion. Services under vacuum almost always are on the shell side because of pressure drop sensitivity.

High pressure:  Put a high-pressure fluid on the tube side. This usually minimizes exchanger cost. The smaller tube diameter has a higher pressure rating for the same metal thickness compared to the larger diameter shell.

For condensing fluid : A condensing fluid most often goes on the shell side — but the choice demands careful evaluation. If the shell-side velocity is low enough, the vapor and liquid can separate inside the exchanger. The liquid dropping out makes the vapor leaner, reducing the temperature required to get more liquid to condense from the remaining vapor. For relatively pure mixtures, this effect is unimportant.

For viscous fluids : If the fluid is viscous in nature it should of-course pass from shell side. Due to the presence of baffles velocity of flow increases causes high pressure drop as a result high heat transfer coefficient.

If you pass from tube side this tends to have high pressure drop and low heat transfer.

Note : A shell side with a high pressure drop also may suffer from vibration damage; shell-side modifications (assuming the user is aware of the need for them) can reduce such damage.

For solidifying fluids: Generally avoid a shell-and-tube exchanger for any service with a high risk of solidification or freezing. However, if you must use such an exchanger, we suggest putting the fluid with a risk of solidification in the tubes. If the fluid solidifies, you usually can pull out the tube bundle and replace it. In contrast, if the solid is on the shell side, it’s often impossible to remove the tube bundle. The entire exchanger may require replacement which is not suitable from economy point of view too.

What is Pump Head and Shut-off Head ?

Difference between Vertical and Horizontal shell and tube Heat Exchanger.