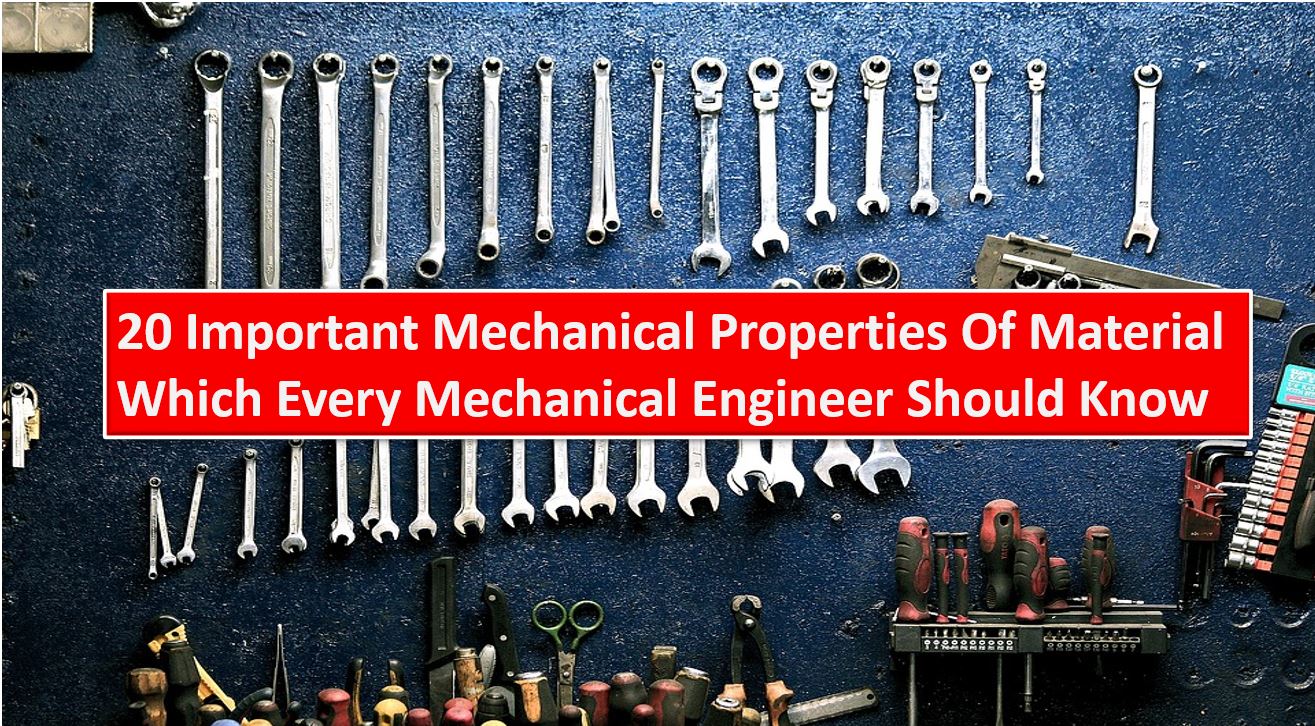 In this whole world materials are mainly categorized into two types :

Ferrous metals mainly consist  of iron with comparatively small addition of other materials or metals too. Ferrous metals are widely used in mechanical industries for construction, pipelines, in the creation of tools and many more. They are magnetic in nature and shows little resistance to corrosion.

Most Mechanical Properties are associated with metals these are-

Strength is a measure of how well a material can resist itself to get deformed from its original shape. Also, its an ability of a material to withstand load without failure is known as strength. The higher the force required to change the shape of the material, the stronger the material is. Strength of any material mainly depends on type of loading and deformation before fracture. According to loading types(either compressive or tensile), strength can be classified into three types.

According to the deformation before fracture, strength can be classified into three types.

A material which has same elastic properties along its all loading direction known as isotropic material. Isotropy is defined as uniformity of various physical properties in all orientations

Every material possess some elasticity. It is measure as the ratio of stress to strain under elastic limit.

The ability of material to undergo some degree of permanent deformation without failure after removal of load is known as plasticity. This property is used for shaping material by metal working. It is mainly depends on temperature and elastic strength of material.

If the percentage elongation is greater than 5% in a gauge length 50 mm, the material is ductile and if it less than 5% it is not.

Copper, Aluminum, Steel are the example of Ductile Material.

Brittleness is a property by virtue of which, a material will fail under loading without significant plastic deformation in dimension. Glass, cast iron, concrete etc are well known example of brittle materials.

The ability of material to resist elastic deformation or deflection to an applied force, known as stiffness.  A material which offers small change in dimension during loading is more stiffer. The more flexible an object is, the less stiff material will be. For example spring is less stiffer

The property of a material to resist penetration or localized plastic deformation by either mechanical indentation or abrasion is known as hardness. It is an ability to resist scratching, abrasion or cutting.  It is also define as an ability to resist fracture under point loading. It have strong  intermolecular bonds between the molecules.

Toughness is defined as an ability of a material to withstand with plastic or elastic deformation without fracture. It is defined as the amount of energy absorbed before actual fracture.

A property by virtue of which a metal can flatten into thin sheets, known  as malleability. It is also define as a property which permits plastic deformation under compression loading.

A property by virtue of which a material can be cut easily.

The ability of metal to dissipate the energy of vibration or cyclic stress is called damping. Cast iron has good damping property, that’s why most of machines body made by cast iron.

The loss of ductility of a metal caused by physical or chemical changes, which make it brittle, is called embrittlement.

The ability of a material to resist impact without shattering.

Maximum stress a material can withstand under repeated loading (MPa).