In an industry analog instrumentation  is based on the signal transmission of the process variable in a standard range of 4-20mA . 4-20 mA signals are used in an industry to transfer a process variable variable such as a temperature, pressure or other physical quantity. In current loop systems, a transducer  is used to monitor some process variable such as — temperature, pressure, flow, etc. — is connected to a transmitter. The transmitter is wired in series with a DC power supply — usually 24 volts in industrial settings. The transmitter is responsible for converting the output of the transducer into a current between 4 mA and 20 mA. The current in the loop represents the corresponding process  variable value. The current corresponding to a measured value can be calculated with the 4-20mA scaling formula explained below: 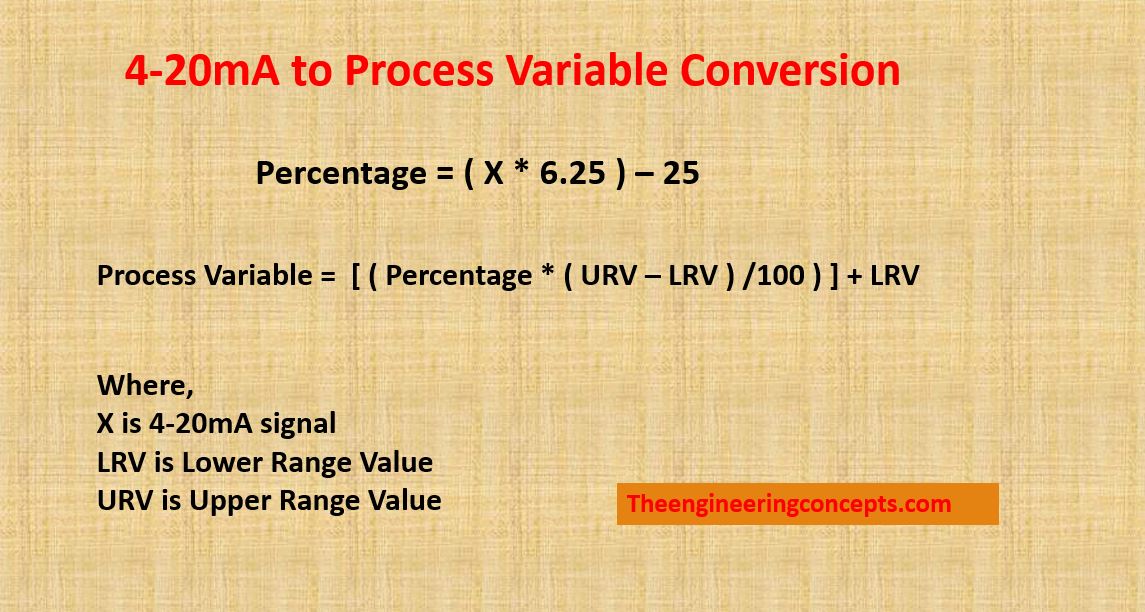 A Temperature transmitter with a range of 0 to 250 deg C and its output is 15.5 mA. Calculate equivalent temperature value.