A Compressor  is one of the most crucial equipment used in the production industry. Compressor and pump are similar in function. Both are used to increase the pressure of the fluid and thereby transfer the fluid through the pipe. The only difference is that type of fluids may vary. A Compressor is used for gas or air suction as gases are compressible. Also, the compressor reduces the volume of gas due to increasing its pressure while compressing the gas. Most commonly used compressors are rotary screw type, reciprocating type, axial and centrifugal. The figures shown below are of a centrifugal compressor (fig 1, 2).

When do we get to know about the surge?

Causes of surge in the Compressor?

How to prevent surge in the compressor? 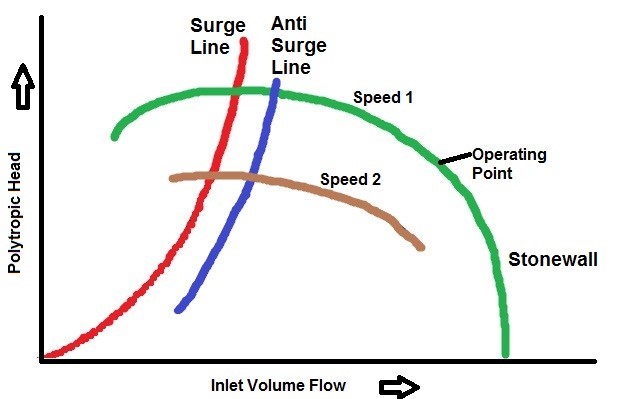