In fluid dynamics, for an incompressible, inviscid fluid flowing along a pipeline, Darcy –Weisbach equation is used to correlate a relationship among head loss, pressure loss (due to friction along the pipe ), average velocity of the fluid. 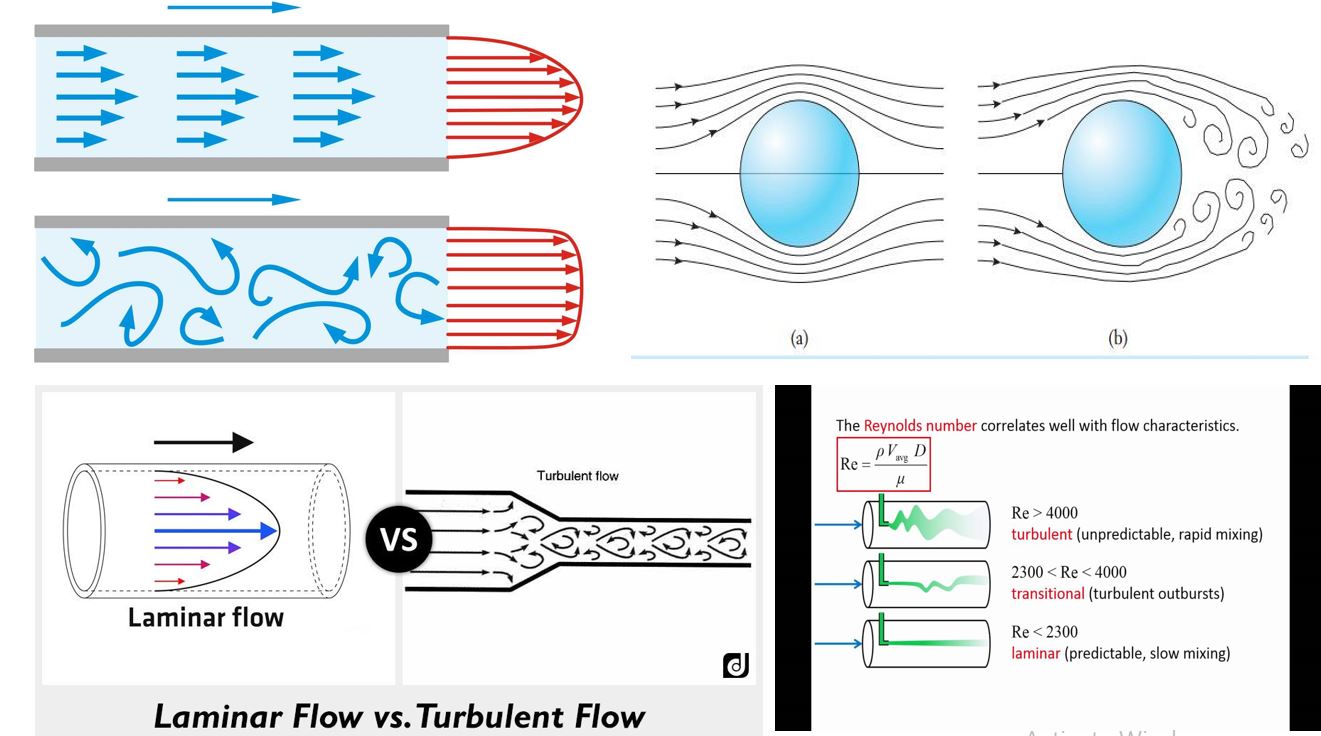 Darcy equation is extensively used to calculate head loss due to friction in turbulent flow; (Considered as Major Loss).

Here f (friction factor) is a function of:

The value of f, Darcy friction factor is taken from Moody Diagram.

The friction factor for laminar flow is calculated by dividing 64 by the Reynold’s number.

Okay Lets talk about how to calculate Losses in Pipes :

If you want to calculate the different losses in pipe, the basic approach is  to write Bernoullis equation between two points, connected by a streamline. As one know that the total mechanical energy along a stream line is constant. Hence by applying energy conservation law a two different points in a pipe is :

Here 0 & 1 subscript signiifies the two  different points/location of a pipe. The total head at point 0 must match with the total head at point 1, adjusted for any increase in head due to pumps, losses due to pipe friction and so-called “minor losses” due to entries, exits, fittings, etc. Pump head developed is generally a function of the flow through the system, with head rise decreasing with increasing flow through the pump.

Here Friction Losses in Pipes can be correlated by Darcy-Weisbach equation i.e

What is Pump Head and Shut-off Head ?

Difference between Vertical and Horizontal shell and tube Heat Exchanger.