What is Reciprocating Air Compressor?

Compressors are similar to pumps: both increase the pressure on a fluid and both can transport the fluid through a pipe. As gases are compressible, the compressor also reduces the volume of a gas. Liquids are relatively incompressible; while some can be compressed, the main action of a pump is to pressurize and transport liquids.

The main and important types of compressors are classified as below :

Reciprocating compressors, or piston compressors, divided into hermetic, semi-hermetic and open, are used above all for applications with very high cooling capacity requirements.

These types of compressors adopt a volumetric compression system using pistons and work much like an internal combustion engine. The pistons run up and down inside cylinders, producing suction and compression of the refrigerant gas. Each cylinder has a suction valve for the gas refrigerant and a discharge valve to deliver the gas to the condenser after having been compressed.

In reciprocating air compressor, as the piston moves towards the BDC, the air is sucked into the cylinder from the atmosphere and when it moves  towards the TDC, the compression of the air starts and keeps on going and pressure increases. When the pressure increases upto its design limit it pushes the discharge valve to open and the compressed air is delivered to the storage tank.

The reciprocating compressor is either powered by electric motor, diesel/gas engines. 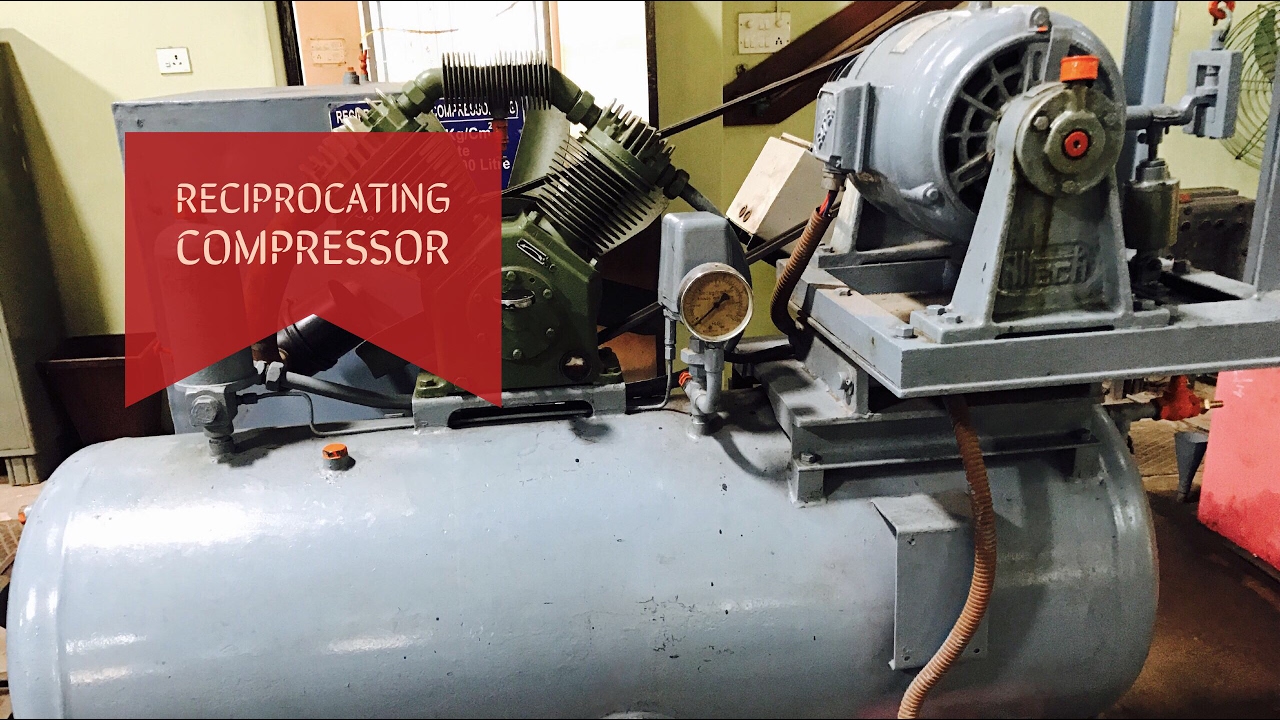 In single stage reciprocating air compressor the compression of the air takes place in a single cylinder. In the first stroke, it sucks the air from the atmosphere and in the second stroke it compresses it and deliver it to the storage tank.

>Air is sucked into the cylinder

> then the air moves to the storage tank 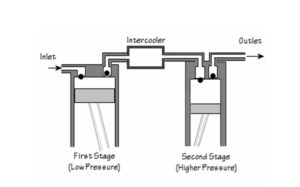 In this types of compressor, the compression of the air takes place in two stages i.e. the air is first compressed to some extent in one cylinder and than it is transferred to the second cylinder for further compression. Finally the compressed air is stored in a tank.

This is the brief introduction about reciprocating air compressor – Main parts, working and types. If you find anything missing or incorrect than comment or mail us. If like this article than don’t forget to like and share it.